Gymnasium Vyškov prepares students mainly for their future studies at universities of all kinds. Majority of universities have introduced a bachelor degree program and a master degree program. Apart from that, graduates may continue their studies in one of the widely developed programs of specialized colleges. A smaller number of our graduates may find use in public sector and banking.

Moodle – an e-learning space, allowing students to use advanced tools as part of their effort, used as a means of sharing information and supporting study materials, is used during the courses. Access to the internet via any device with internet connection is yet another advantage that our students can make use of. Usage of e-learning methods as part of the lectures is a natural way of increasing our students‘ technical skills and knowledge.

Specialization on either humanities or sciences is carried out through obligatory optional subjects (see the Study Plan section) within the framework of both the eight year cycle (in the seventh year) and the four year cycle (third year).

Students of the eight year cycle have an obligatory Computer Science lesson once a week from the first to the fourth year, increasing to two for the fifth and sixth year. Students of the four year cycle attend two Computer Science lessons per week during their first and second year. Lessons take place in the specialized classrooms in groups of up to maximum of 16 students. 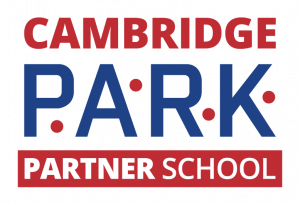 This website uses cookies to improve your experience while you navigate through the website. Out of these, the cookies that are categorized as necessary are stored on your browser as they are essential for the working of basic functionalities of the website. We also use third-party cookies that help us analyze and understand how you use this website. These cookies will be stored in your browser only with your consent. You also have the option to opt-out of these cookies. But opting out of some of these cookies may affect your browsing experience.
Necessary Vždy povoleno
Necessary cookies are absolutely essential for the website to function properly. These cookies ensure basic functionalities and security features of the website, anonymously.
Functional
Functional cookies help to perform certain functionalities like sharing the content of the website on social media platforms, collect feedbacks, and other third-party features.
Performance
Performance cookies are used to understand and analyze the key performance indexes of the website which helps in delivering a better user experience for the visitors.
Analytics
Analytical cookies are used to understand how visitors interact with the website. These cookies help provide information on metrics the number of visitors, bounce rate, traffic source, etc.
Advertisement
Advertisement cookies are used to provide visitors with relevant ads and marketing campaigns. These cookies track visitors across websites and collect information to provide customized ads.
Others
Other uncategorized cookies are those that are being analyzed and have not been classified into a category as yet.
ULOŽIT A PŘIJMOUT